Updates About the Accident, the Latest in a String of Deadly Plane Crashes in the Region 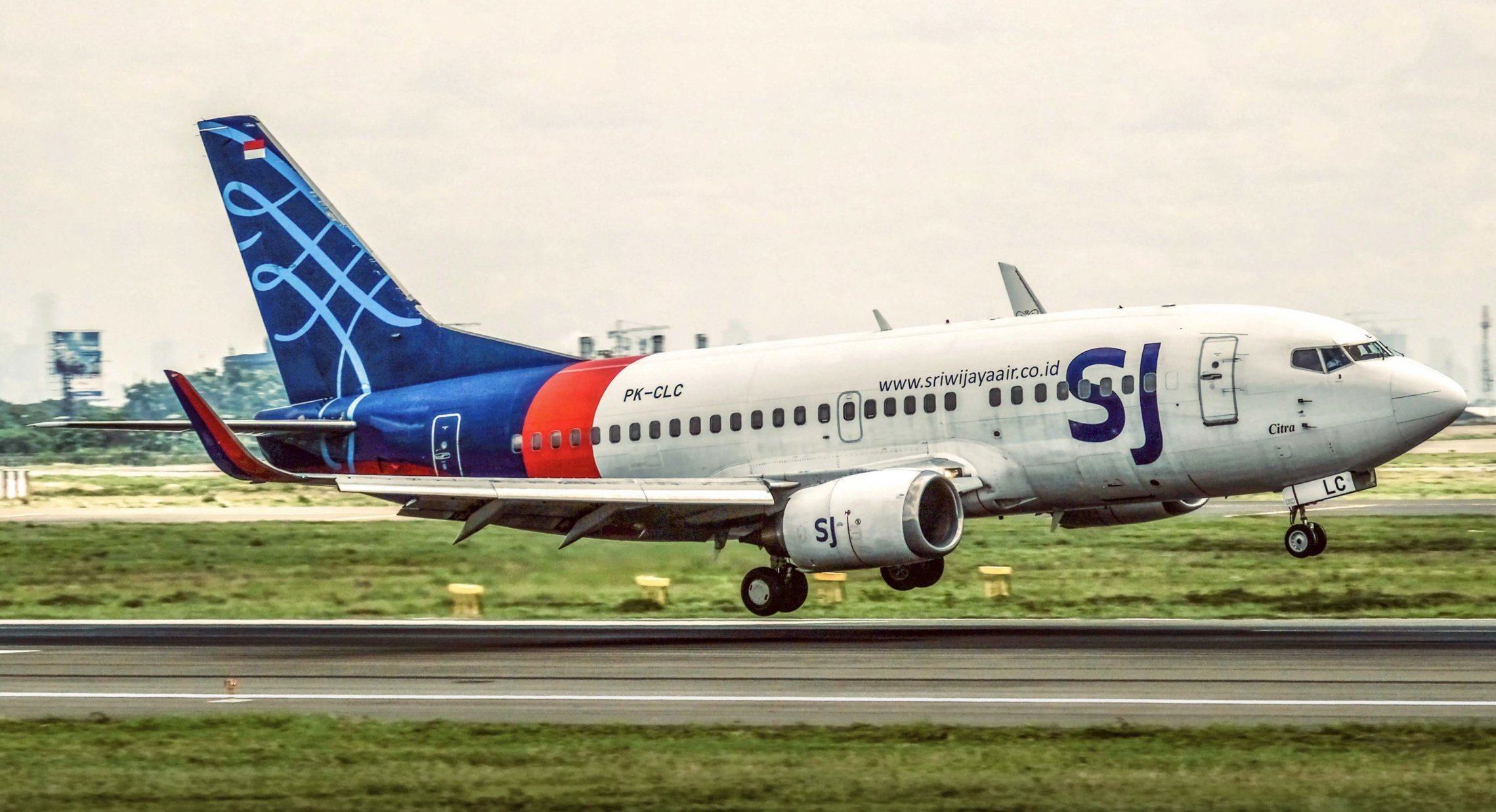 Since then, search and rescue teams in Indonesia have recovered one of two black boxes (the flight data recorder), some human remains, and wreckage from the plane in the Java Sea, according to additional reporting by CNN. It is expected to take two to five days to recover the data from the black box. Officials are continuing their search for the second black box (the cockpit voice recorder).

According to Indonesia’s Head of National Transportation Safety Committee, the plane (a Boeing 737-500) lost contact at 2:40 p.m. Western Indonesian Time (2:40 a.m. ET) that day. Records show that the plane dropped 10,000 feet in under a minute before it disappeared from the radar, which occurred about four minutes following takeoff, eerily similar to previous crashes in the region.

“It’s rather early to draw official conclusions, but absent an intentional downing or some other foul play, it is hard to imagine a plane essentially dropping like a rock shortly after takeoff — without the failure of some system or flight critical part,” said Ilyas Akbari, Wilshire Law Firm’s Director of Aviation Safety and Senior Partner, who is familiar with the region and aircraft. “These planes want to fly and it takes a lot to bring them down, so I’m suspicious. The black box data will be critical for uncovering the cause of the accident.”

The plane is believed to have crashed between the islands of Laki and Lancang in the Thousand Islands chain northwest of Jakarta. The aircraft was carrying 50 passengers and 12 crew members. 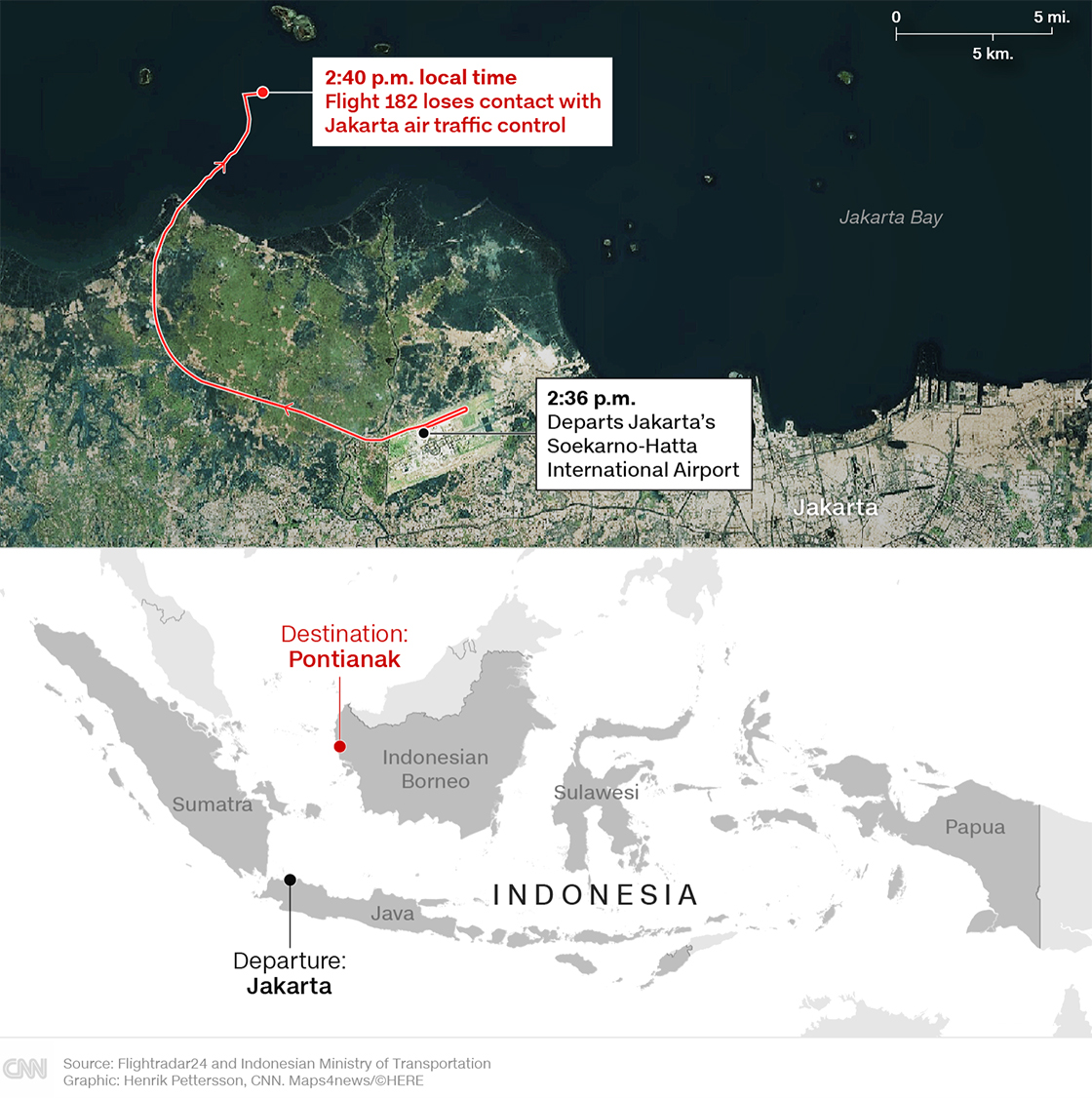 About the Aircraft, Sriwijaya Air, and Indonesia’s Rocky History with Plane Safety

The plane involved in the crash is a Boeing 737-500 and is 26 years old, with registration PK-CLC (MSN 27323). According to CNN, all 51 Indonesian airlines (including Sriwijaya Air) were placed on the European Union’s list of banned air carriers starting in 2007, though they were removed from the list in June 2018.

The airlines in Indonesia were blacklisted by the EU following a Garuda Indonesia plane crash in 2007 that led to the death of 21 people after the plane overshot the runway and caught on fire.

Since then, several other deadly crashes have occurred involving airlines in Indonesia, including:

The region has been hit hard, with neighboring Malaysia seeing its own deadly crashes:

The plane crash attorneys at Wilshire Law Firm are available to assist families of the victims of the Sriwijaya Air Flight 182 crash near Jakarta, Indonesia.

The attorneys from our aviation litigation team have handled hundreds of aviation cases, involving some of the most notable plane and helicopter crashes from all over the globe. With a team that is led by an experienced aviation accident attorney who is also a bioengineer, we bring specialized knowledge to the cases we handle, which is why other attorneys from all over the world turn to us to help with the most challenging cases.

We also have relationships with the likely insurance adjusters for the airlines. Having settled many cases in the region, it is most likely that Allianz is the major insurance carrier, based out of Singapore. No matter the insurer, all in the region recognize the excellent investigation and advocacy that our aviation lawyers bring to the table, and for that they pay a premium.

If you lost a loved one in the Sriwijaya Air plane crash, our team is ready to assist you. We can help you take swift action against the airline any other at-fault parties and recover the compensation you and your family deserve.