We don’t usually associate motorcycle accident statistics with good news, but the Governors Highway Safety Association did just that in their latest report[[1]](#_ftn1). Just in time for Motorcycle Safety Awareness Month, the non-profit organization’s study revealed that fatalities related to motorcycle accidents dropped from 5,286 in 2016 to 4,990 in 2017. 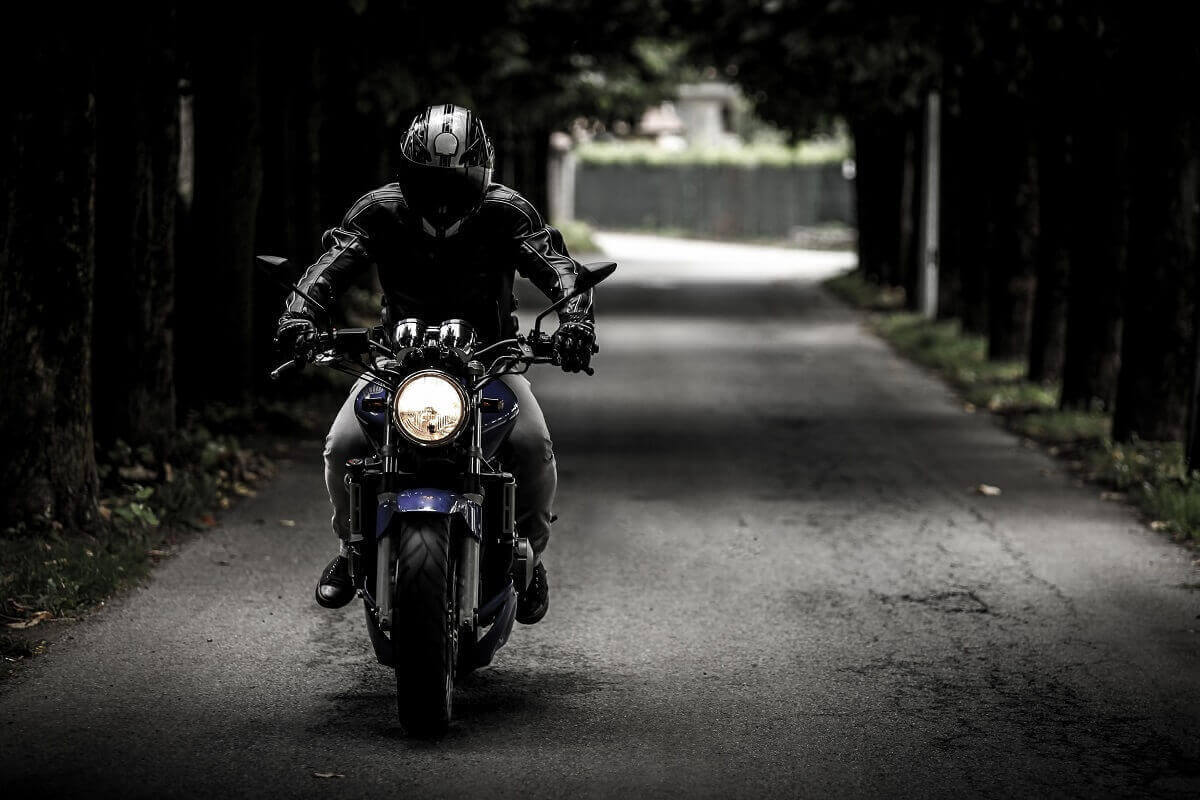 One of the reasons for this drop is beyond our control: weather, but the others are most definitely not.

Factors that have helped contribute to this drop:

High-risk behaviors most associated with motorcycle accidents and fatalities:

A fender bender between two vehicles due to cellphone use can usually be classified as a fender bender. However, the same distracted motorist hitting a motorcyclist can result in severe injuries or even death for the much more vulnerable motorcyclist.

But that only partially sheds light on this percentage. Older motorcyclists often have diminished faculties, such as slower reaction times. That, together with today’s more powerful motorcycles helps to explain why this group figures so prominently among the number of fatalities.

Currently, 26 states require anyone convicted of a DUI to have one of these ignition interlocks on their vehicle or motorcycle.

In spite of this good news, the fatality rate for motorcycle riders is still 28 times higher than for passenger vehicles. Hopefully, ongoing safety measures and awareness on the part of both motorists and motorcycle riders will help this downward trend in motorcycle accident fatalities continue in 2018.

Below are the motorcycle fatality and injury statistics for the year 2013, the last year for which complete data is available. The data was obtained from the SWITRS Report on California Highway Patrol (CHP) website.

California Fatalities and Injuries by Counties

The rates of injuries and fatalities resulting from motorcycle crashes have remained more or less the same from 2009 to 2013.

These statistics show that, on average, there are about 18 motorcycle accidents every day across California resulting in injuries to 32 people and the death of 1.28 people. What this implies that any motorcyclist can easily become one of the victims on any day. If you have lost a loved one in a motorcycle accident, then call a skilled and experienced motorcycle accident attorney to learn about your rights and best options for recovery.

Injured in a Motorcycle Accident in California? Call Us Now

Our team understands the ups and downs of dealing with motorcycle accidents, and all the details that come with motorcycle crashes better than any other personal injury motorcycle law firm in California.*

Getting started is as simple as switching gears!

Just pick up the phone and give our team of motorcycle accident attorneys at Wilshire Law Firm a call today.