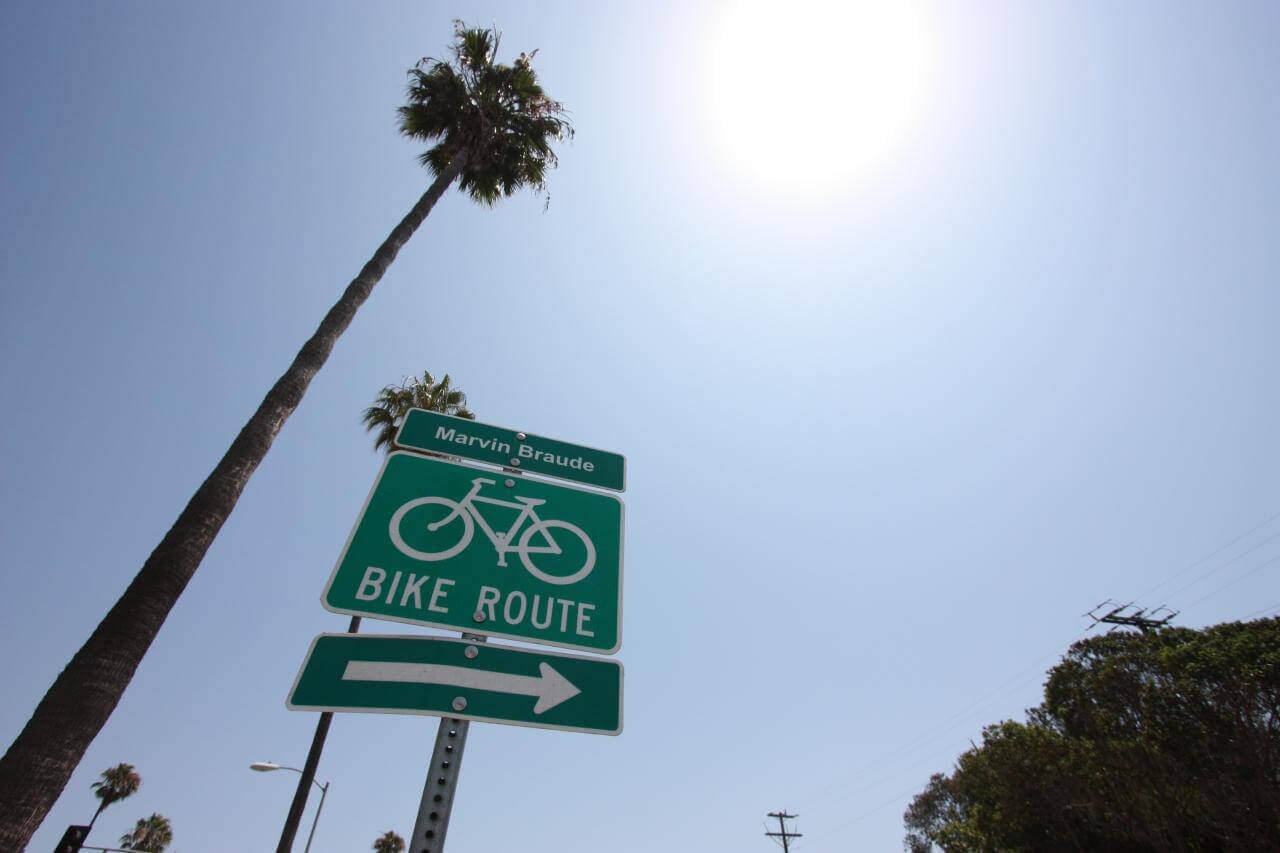 Where to Ride Your Bike in LA

While Los Angeles isn’t exactly known for being the most bike-friendly city in California, much less the United States, it’s getting better. More and more residents are reducing their carbon footprint by opting to commute on two wheels rather than four; mass bicycling events like CicLAvia are getting stronger turnouts every year; and city officials are even working on a Bicycle Master Plan with the goal of implementing approximately 831 miles of new bikeways as well as various bicycle-friendly policies all throughout the county.

Riders in the region will probably have to wait some time before the city becomes a veritable bicycle utopia. In the meantime, you can check out the many quality trails and pathways Los Angeles has to offer – those considered to be among the best by many avid cyclists are listed below.

This easy and flat bike path stretches for 22 miles along the city’s iconic shoreline, with the northern tip touching Will Rogers State Beach and a southern bottom brushing Torrance County Beach. There are many beloved beach towns along the way where riders can grab a drink or a meal, including Santa Monica, Venice, and Redondo. However, since this is a rather popular bikeway, expect to see crowds.

Considered to be a local favorite by many veteran cyclists, this 7.4-mile stretch beginning in Atwater Village and heading up through the Glendale Narrows is a great route for nature-lovers. There are several parks along the route, including Griffith Park and Rattlesnake Park. Take your wheels here if you want to see a lot of green space and hear birds chirp away while you’re pedaling.

As Los Angeles’ biggest park, Griffith Park offers more than just performance venues and tourist attractions – it’s also blessed with an idyllic, tree-lined, nine-mile bike loop. What’s more, it also connects seamlessly to the River Bike Path! Cyclists can either begin from the northern tip by taking Zoo Drive at Riverside Drive or start from the south by taking Crystal Springs Drive at Los Feliz Boulevard. There are rental bikes available in the park for those without their own set of wheels.

Long Beach natives can take their bikes to Shoreline Village and embark on this scenic three-mile path that ends at Alamitos Bay. Along the way, they can stop by Belmont Brewing Company to refuel. For more bike paths around Long Beach, check out the Bike Long Beach website.

This historical bike loop, which began at a donut shop, is not for the beginner bicyclist. The 28-mile circuit consists of rolling hills, making for a difficult, strenuous ride. However, riders who push through are rewarded with beautiful views of Catalina Island, Point Vincente Lighthouse, Fort MacArthur, and other notable landmarks.

This list has been brought to you by the experienced California bicycle accident attorneys at Wilshire Law Firm. Please come to us for all of your accident needs. Since 2007, we have obtained more than $90,000,000 in settlements and verdicts on behalf of our clients. We can help you get the compensation you need to pay for medical bills, lost wages, and more. Call us today at (800) 522-7274 to receive a FREE consultation.

Our Guarantee to You